Hi guys, I’m back. Sorry for the delayed posts. Anyhow, I’m currently on a quest called “Fawkes Hunt”, where I am tasked to find the Fallen Seraph. I finished South Hampton Row last time, and then I logged out. The first thing I noticed is that I returned to Holborn Station. I guess this is because the dungeons are instanced. So I’ll fast forward to Russel Square.

Logging off returns you to a nearby settlement.

Russel Square is just a little map. Once you enter a couple of mobs will get to you. I fought these mobs, and a messenger of hell appeared. It looked different from the last messenger of hell I killed, and it was tougher. After it died, it spawned two named zombies which I foolishly forgot to take note of. 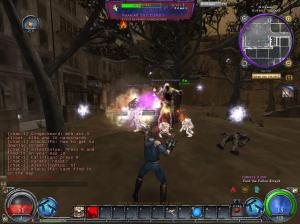 These zombies spawned after the the messenger of death, uhm, died.

Templar Seraph was dying, apparently, and Fawkes was with other templars. He had, however, Fawkes’ commlink which I should give to Lann. 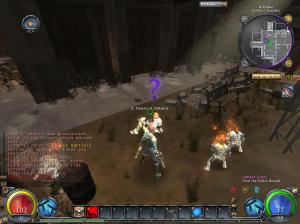 Upon going back Murmur asked me to do whatever is necessary to help Techsmith 101 since the gateway to Covent Garden Station is still being repaired. There were a couple of side quests in Holborn so I decided to get them, too. 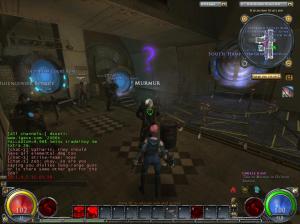 Murmur asks me to help Techsmith 101 first before going on to the next settlement..

Here are the people that have quests upon returning from Russel Square:

Techsmith’s kinda edgy for me, or at least his animation is quite weird for me. LOL. He wants me to get some capacitors in the Holborn Access Shafts. 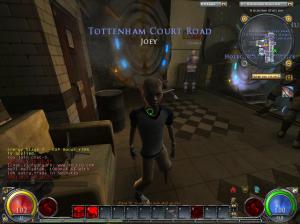 I never knew Iron Man was in Hellgate Global. LOL. Anyway, he says that when the Cynthia Technology is completed, mankind will rule the world once again. After I accepted the quest, I was instantly transported to a dungeon. 😦 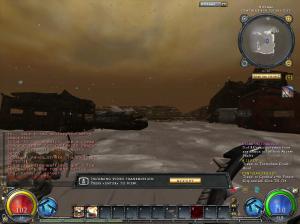 Transporting me to a scary dungeon without my consent is not cool, Stark. 😦

The cool thing though was that he gave me some cool equips which I believe is just for this dungeon.

So I went down the road to see the mobs, and I was surprised that they were at level 10. I was just level 4. Luckily though the equipment is good enough to help me kill them.

It was a little further down the road that I noticed that I’m not gaining XP. There weren’t any loots available, too, so I decided to skip them and just run. I reached the depths of the dungeon, and was awed by the looks of it.

Upon further exploration, I saw a tank with a “Terminal No. 4” on it, and activated it. There was a message about a Clon TH-724 that got out of control and that duplicated itself. In the background was a huge monster, maybe the boss of the area.

I went for the boss and it was pretty tough. He kept on killing my minions. Luckily I had the equipment from Stark so I was generally okay. 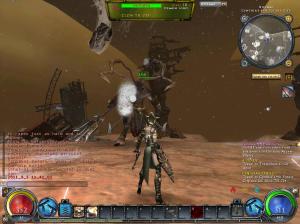 What a huge monster..

Upon activating Terminal No. 4, I was taken back to Holborn Station and all my equipment are gone. I had a nice ring for a bonus though. I decided to call this session a day, and  I’ll proceed with the other daily quest and the story quest next time. Anyway, here’s my final screenshot for today. 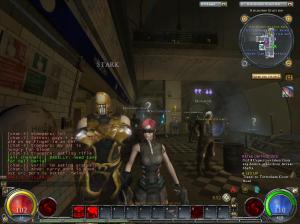 Posted by kashiegamer on September 5, 2011 in Let's Play Hellgate Global